3 bat babies are living proof that people can make a difference for wildlife.

In 2021, three Rodrigues flying foxes — Phil, Prince and Rocky — were born at the Oregon Zoo, adding to the growing population of a bat species once considered the most imperiled on the planet.

“Each new arrival is significant for this species,” said Amy Cutting, the zoo’s interim director of animal care and conservation. “Forty years ago, Rodrigues flying foxes were at the very brink of extinction. The fact that they’re still around shows how people can make a difference for wildlife.”

These pups serve as a testament to one of the most inspiring conservation stories in history: living proof of the impact people can have — both positive and negative — on wildlife and species conservation.

The Rodrigues flying fox, native only to a remote island near Madagascar, plays an important ecological role where few other pollinators or seed dispersers exist.

By the 1970s, much of the bats’ forest habitat had been cleared, and the species was perilously close to disappearing. After a cyclone hit the island in 1979, fewer than 100 individuals remained, making the Rodrigues flying fox the rarest bat in the world.

Today, thanks to a collective effort by zoos and other conservation organizations, the Rodrigues flying fox population has increased to around 20,000.

According to keeper Lauran Hunter, all three of the zoo’s pups are doing great — navigating the bat habitat on their own, but on occasion still returning to their moms for support.

flying foxes
Rodrigues flying foxes are actually bats; their name comes from their fox-like ears and muzzles.
Classified as megabats, they feed on fruit, nectar and pollen. They crush the food in their mouths, swallow the juice, and spit out the seeds and pulp as a pellet. This helps the rainforest to regenerate. 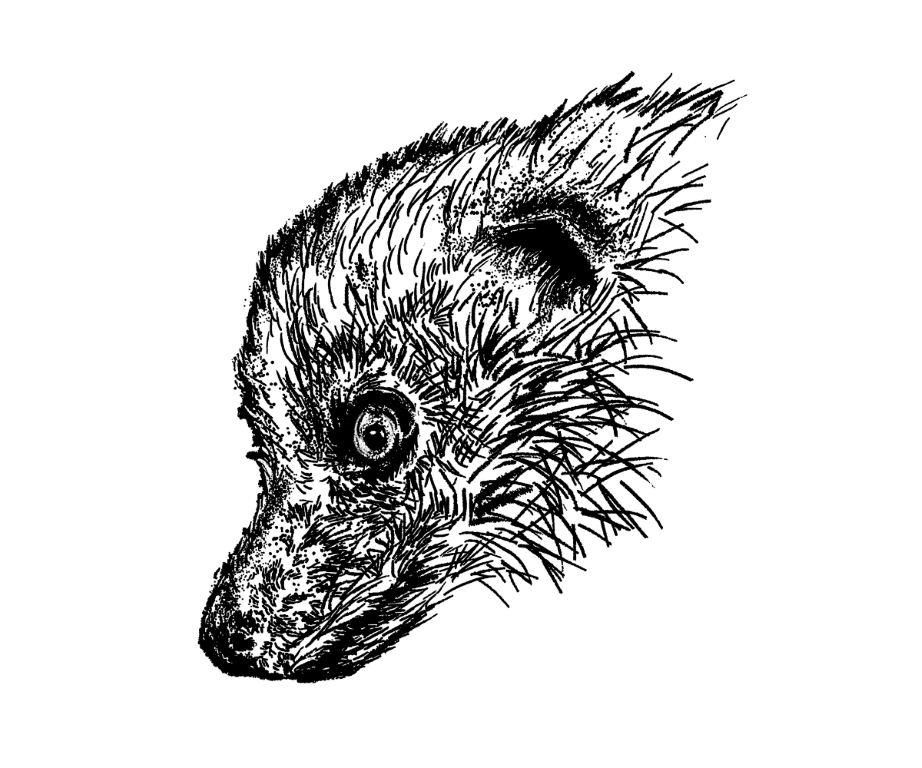 unique bodies
Adult bats are 6 to 8 inches long, with wings that spread up to 35 inches. Bat wings have two thin layers that stretch over 4 lightweight finger bones. They use the hooked claws on their thumbs for climbing.

instant flight
With feet that act like coat hangers, they spend no energy hanging upside down and can be instantly airborne by simply letting go. 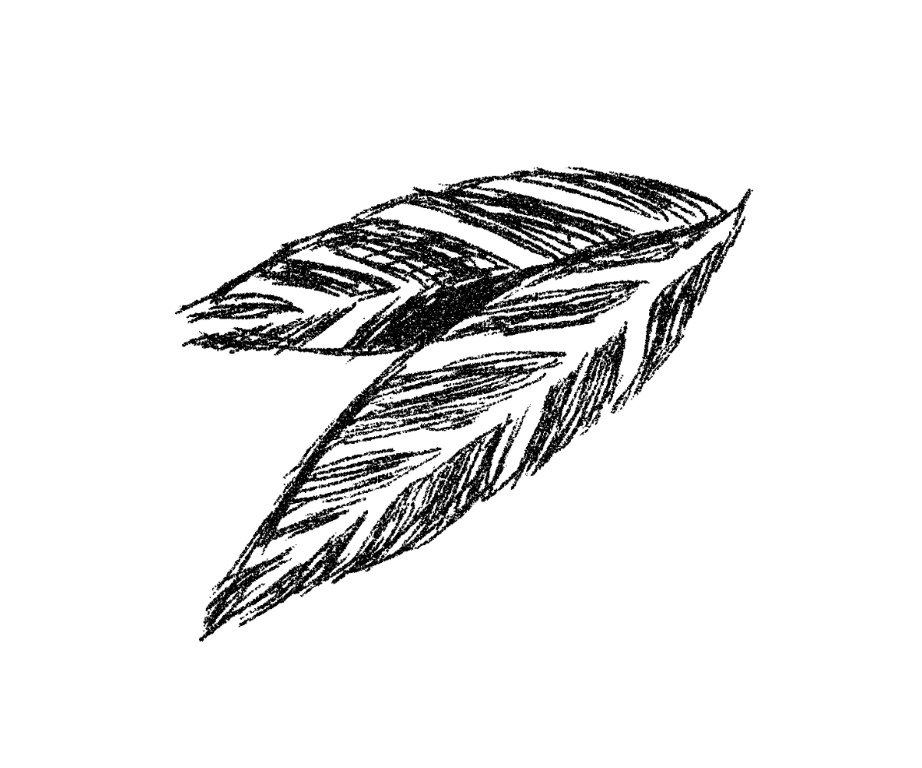 pest controllers
A recent scientific paper estimated the value of bats’ nontoxic pest-control services to be around $53 billion per year. Another study from Indonesia, one of the world’s top suppliers of cacao beans, found that bats saved farmers nearly $800 million per year by eating bugs.

Over 300 species of fruit depend on bats for pollination – if it weren’t for bats, we might not have lush rainforests, tequila or chocolate! 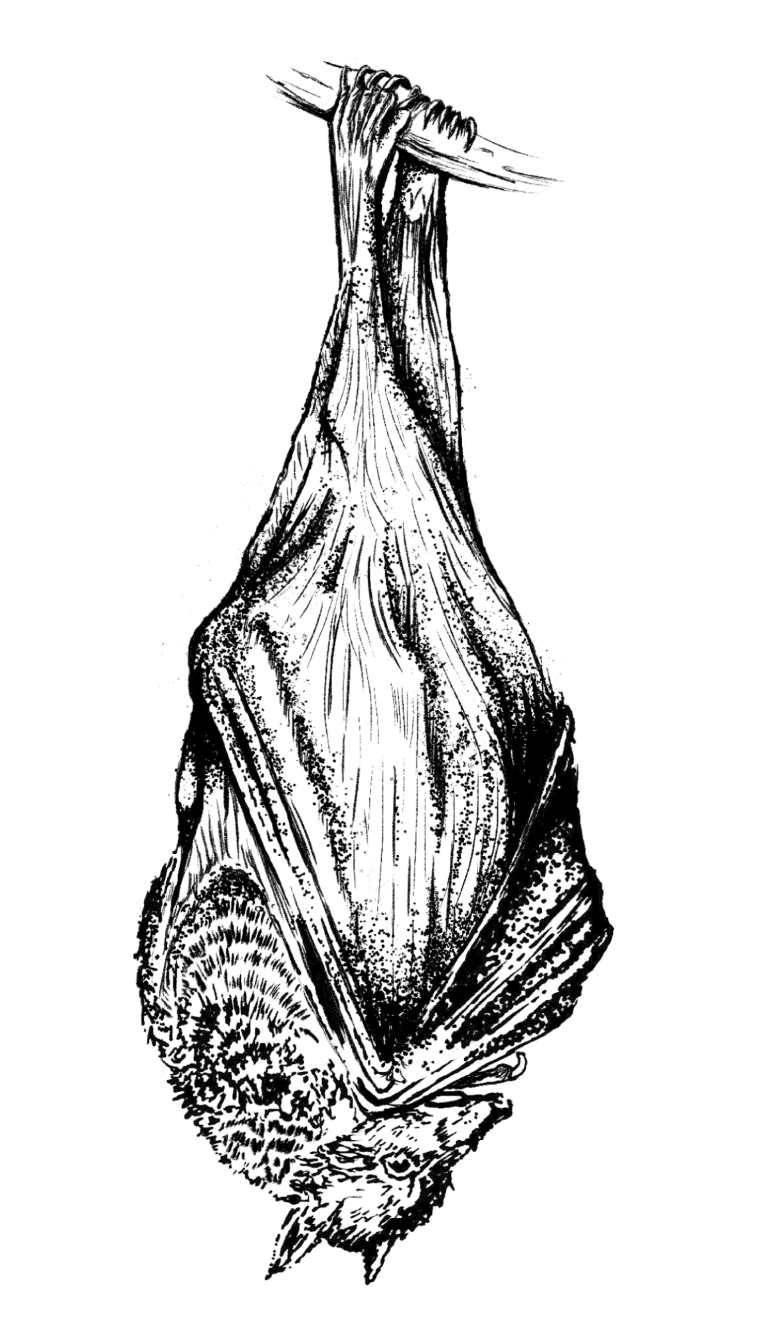 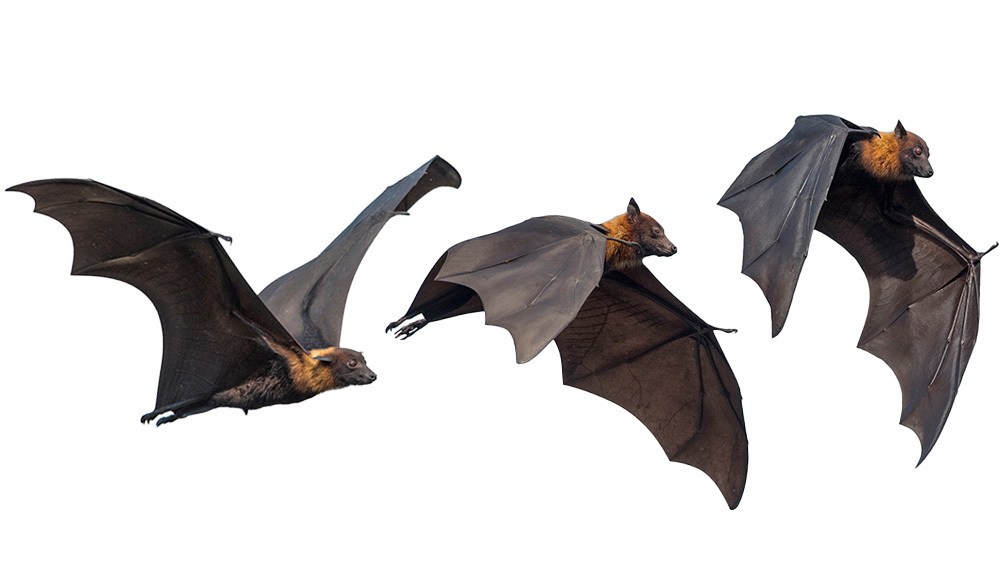 These pups serve as a testament to one of the most inspiring conservation stories in history: living proof of the impact people can have — both positive and negative — on wildlife and species conservation.